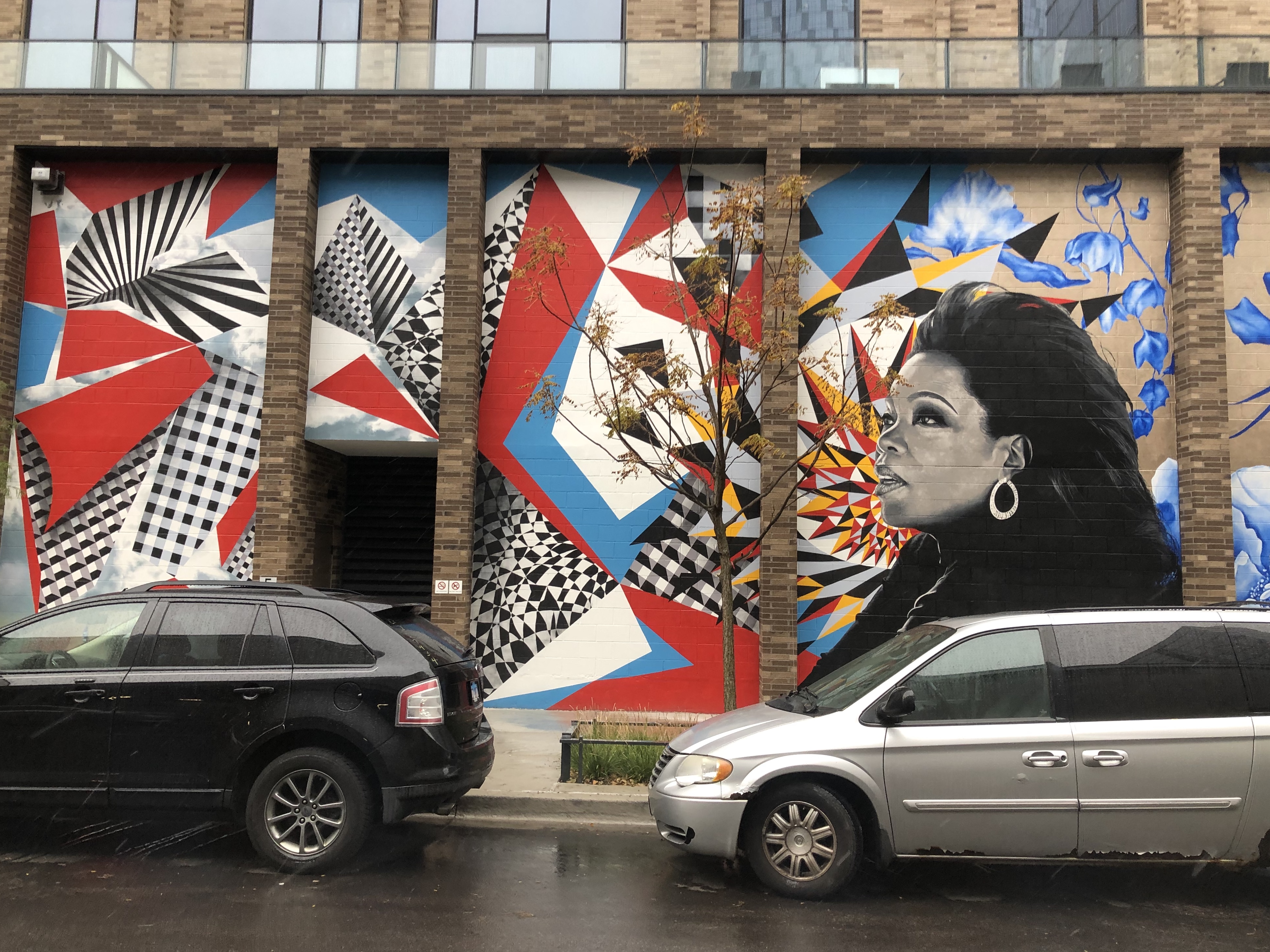 WEST LOOP — Nearly a decade after Oprah Winfrey’s television production company left Chicago, the queen of daytime talk is poised for a symbolic return to the city’s West Loop neighborhood.

Winfrey’s likeness features prominently in a new mural taking shape outside the recently completed Porte apartment development, previously known as The Venn. Spanning the west side of Green Street between Madison and Monroe streets, the block-long work will be one of the largest standalone murals in the city, according to its creators.

For the upcoming Green Street installation, Porte’s developers received proposals from several Chicago-based art collaborators before ultimately selecting B_Line Projects. The group, which is based in the West Loop and curated a mile-long collection of murals along Hubbard Street, came up with the idea to honor Winfrey’s legacy.

“We looked at this as an opportunity to show what the neighborhood was all about,” explained B_Line’s Levar Hoard. “What are the most genuine things about the West Loop? There’s the Haymarket riot, the meatpacking industry, house music, and Oprah Winfrey. She put the West Loop on the map.”