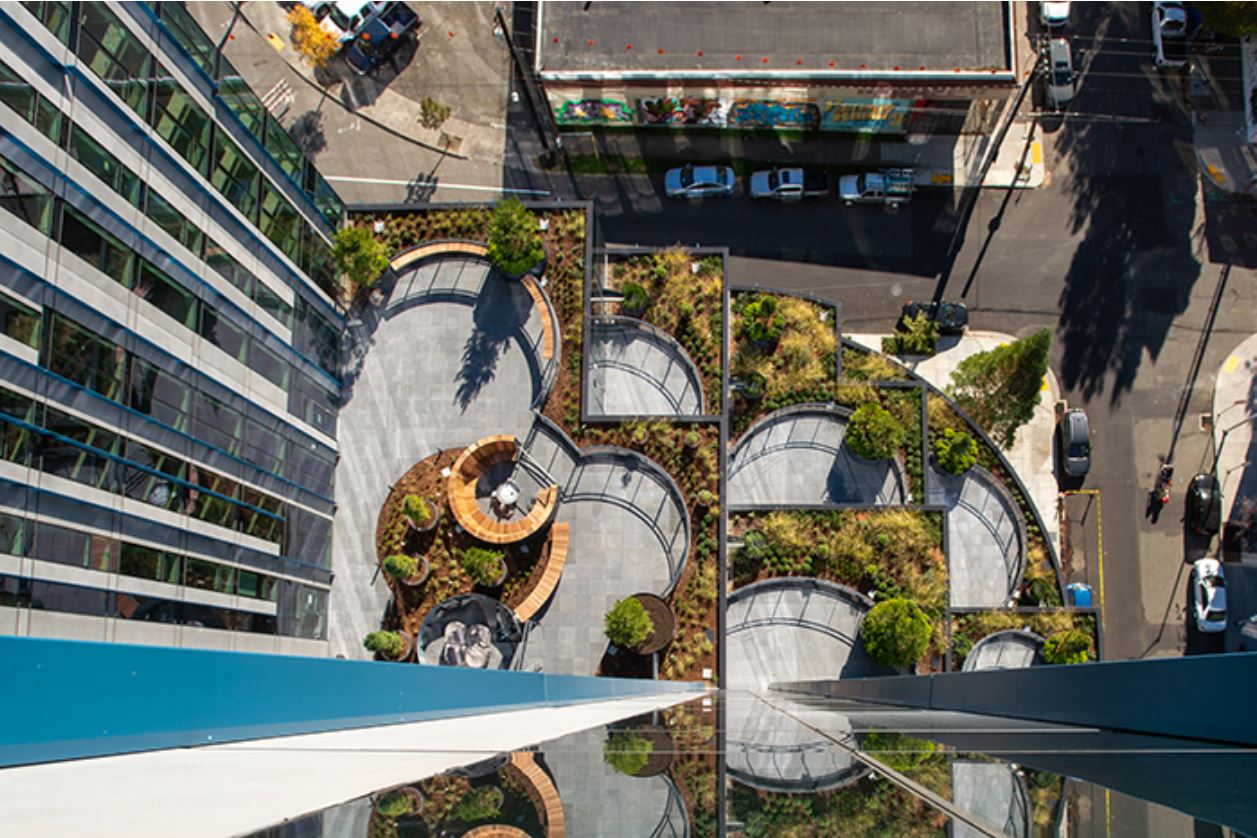 Not even face coverings could hide the satisfaction of architects Don Copper and Janet Olson while crews continued
to wrap up construction of the 17-story 5 MLK mixed-use building in Portland’s Central Eastside.
Copper is a managing principal and Olson is a principal with GREC Architects, a Chicago firm known for designing
lakeside high-rises in the Windy City or lush, sprawling parks in far-flung places like Abu Dhabi, U.A.E. But at the
east end of the Burnside Bridge, general contractor Hoffman Construction is finishing a project in a much
different setting.
“This is our first project in Portland,” said Copper, who has worked with 5 MLK developer Gerding Edlen in Chicago
on several occasions. “The scale of the city, the 200-foot blocks, as opposed to Chicago with its 300-by-600-foot
(blocks), it’s a significant difference in how we experience a place – because with the smaller blocks, even though
it’s a legitimate city, it has a really manageable scale.”
Beyond the city, Copper and Olson were inspired by the natural landscapes of the Pacific Northwest as they
designed 5 MLK, which is located on the southwest corner of the intersection of East Burnside Street and Martin
Luther King Jr. Boulevard. There, the gleaming new building sits kitty-corner from the 21-story Yard residential
tower like a massive sentinel guarding the entrance to East Portland.