IF ONLY IN A MURAL, OPRAH WINFREY IS BACK IN THE WEST LOOP 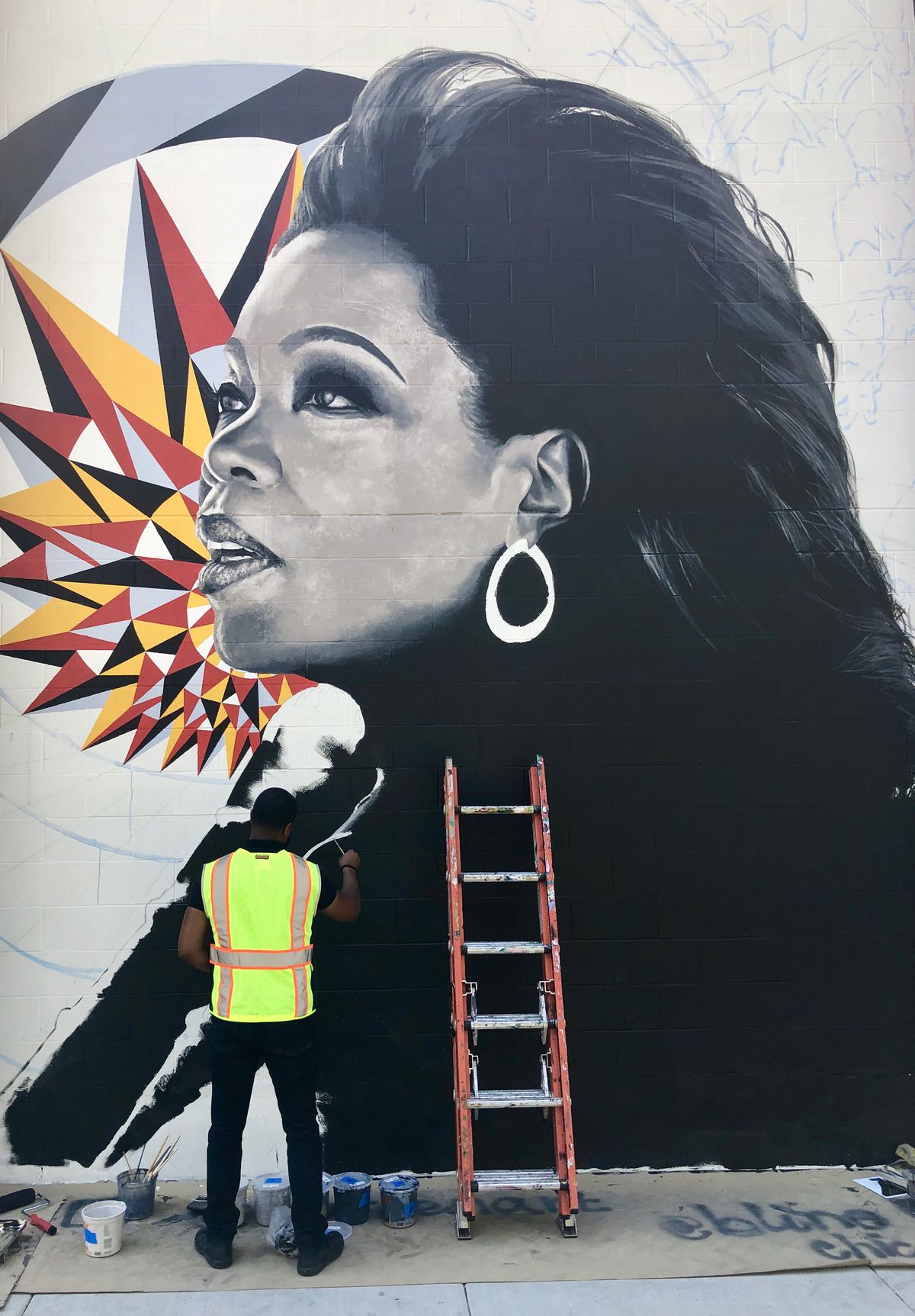 Oprah Winfrey’s popular daytime talk show, filmed in the West Loop at her Harpo Studios, came to an end in 2011, but she’s back in the neighborhood in the form of a new mural that pays tribute to her influence.

The mural, completed in October, is about 300 feet long and 26 feet tall. The focal point is a portrait of Winfrey, looking rather regal, painted by artist Shawn Michael Warren, a Chicago native who was among the artists collaborating on the piece.

“It’s almost like planting a flag of a person that has claimed the territory,” says Warren, 33.

The West Loop “was her territory long before it went through this major evolution in terms of being a go-to destination in the city of Chicago.”

The building that provided the canvas for the mural is part of a development called Porte, 855 W. Madison St., that includes townhomes, 585 apartments and retail space. The mural is on the side of the building that faces Green Street between Monroe and Madison.